Damian Jones of the Golden States Warriors tweeted our his support for Loresk Apparel on the day that he got re-called to the team from the D-league!

Damian Jones – On the day that he was re-called up to the Golden State Warriors from the D-League where he had been playing, instead of gloating like any other athlete would, he remained humble and tweeted, showing his support for Loresk Apparel.

Thank you for your support Damian! Good luck with your career with the Golden State Warriors and for providing clean water to those in need! – This tweet was during a period that we attempted a Kickstarter. It was not successfully funded, however we reached our goal outside of Kickstarter anyways through people directly supporting us! Thank you everyone! 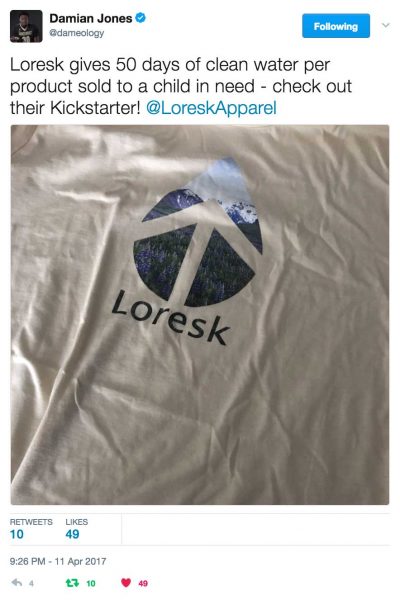